A beginners guide to starting and maintaining a healthy fish aquarium 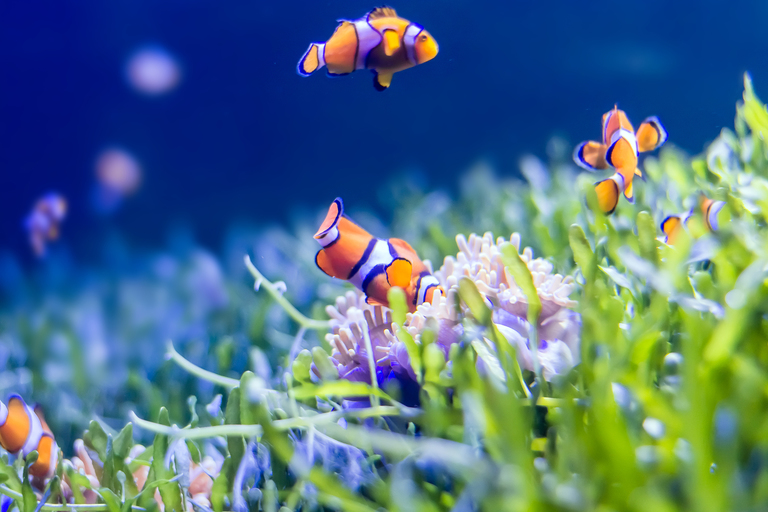 Many people, impressed by tropical fish they see at friends homes, doctors offices or pet shops, decide to enter the tropical fish hobby.

Many continue to maintain an aquarium for the rest of their lives. Unfortunately, many find the expense frustrating enough to give up keeping fish, albeit, temporary; some give up forever in total disgust.

Many of these people might not have had that negative experience if they would have used good aquarium knowledge mixed with a little perseverance and patience.

This article will be concerned with the theory and practical principles involved in establishing and maintaining a freshwater aquarium. For the most part, those entering the hobby with little or no experience should start with freshwater fishes rather than saltwater or reef systems.

The first step is to decide what size aquarium to purchase, as simple as that sounds, this thesis presents a paradox to the beginner. The basis of the paradox evolves from the well known axioms of aquarium literature and common knowledge that

Simply explained, a large aquarium (20 gal. or greater) will take days or longer before a minor problem will escalate into a bad situation. A small aquarium (15 gal. or less) may only take hours before a problem reaches critical proportions.

A perfect example would be the ICK parasite. It normally stays in the gravel, dormant and encased in a cyst. At an opportune moment ( poor water quality) it breaks out of the cysts and begins to multiply.

At this point a large aquarium (with a larger area) will give more time between noticing the telltale ICK spots and the fish becoming critically infected. The fish haven’t been weakened and recovery is less traumatic.

In a small aquarium this does not hold. By the time it is discovered, it may be to late to save the fish, even if the ICK parasite is eradicated.

Unfortunately, one of the other factors involved in the choice of aquariums is price.

It is much better to start with the largest tank possible.

One other important consideration, besides size (volume), a beginner should make is the shape of the aquarium.

Obviously, a standard 30 gallon aquarium is rectangular, while a 30 gallon high has a shorter base and a greater height. Years ago the rage was a 30 gallon column, which was about 8 feet tall and 12 inches round. All three aquariums hold 30 gallons of water, but by varying their configurations, the three aquariums require different considerations.

The standard 30 gallon aquarium enjoys excellent surface area and merely requires a filtration system. The high aquarium (especially the column aquarium) having a narrow surface area would require a good deal of aeration as well. The deeper aquarium (holding the same volume) would weigh much more per square inch. Also, there would be fish that might not do well under the pressure created by a deep aquarium.

The next step after purchasing the largest aquarium possible is to acquire the needed aquarium accessories.

A small aquarium (15 gallons and under) may be placed on top of a piece of solid, strong furniture or any other solid object (Be sure that the size of the platform of the object is equal to the width and depth of the tank. Any overage could result in the eventual warping of the bottom plastic base and cause a leak in the tank.); all other larger sizes should have their own stands.

The stand may be store bought or custom built by the aquarist. However, BEWARE!!!, freshwater weighs about 8.2 pounds per gallon (lbs./gal.). Obviously, by multiplication, it will be necessary to have a sturdy stand to hold the larger tanks.

Use only hardwood and brace the middle to prevent stress. If the stand is made of angle iron, be certain that the welds are properly made and the sweat beads are sanded down.

Once the tank and stand have been chosen, filtration is the next important step to be considered.

An aquarium with the capacity of 10-20 gallons would do well to have a corner (bubble or box) filter or a more should have a power filter in use (although there are extra large corner and sponge filters that do a move greater volumes of water efficiently).

The corner/box/bubble filter is run by an air pump which pushes forced air through a tube into the filter box. This creates a vacuum which causes a reaction by the water below the vacuum line to rush into the displaced space.

In most, if not all, box type filters there is a plate which rests an eighth or so of an inch above the floor of the filter box. This plate is where water is drawn through from the filter media. In the center of the plate is a tube that allows the air from the pump to exit the filter. This is where the vacuum is created and where the water from under the plate rushes to equalize the displaced space.

By a continuous flow of air pumping into and exiting out of the box, a flow current is established. This flow of water through the filter media purifies the water.

The Power Filter physically removes water from the tank by a motor driven impeller. The impeller causes a vacuum in an attached tube (usually referred to as the uplift tube) which the water in the tank rushes to fill.

The uplift tube is usually capped at the bottom with a strainer to prevent large debris and small fish from entering the tube.

If fish or large debris were to enter the tube the impeller could clog and cause the filter motor (which in most cases is nothing more than an electro magnet) to overheat and burn out.

Water flow through any power filter serves a purpose in the filter as it keeps both the impeller shaft and the electromagnet cool. This is something to remember as the temperature of your water changes slightly over time with the removal of the heat from the filter motor assembly.

Once the water has been lifted from the tank it is passed through a series of filtering media. The first would be polyester floss or foam rubber (never use the glass wool floss that was popular years ago, it breaks apart and eventually kills your fish by lodging in their gills).

The floss removes solid pieces of waste and particles of debris. The second common filtering medium is carbon alone or a combination of carbon and ammonia removing zeolites (the ammonia removers do not function in Saltwater tanks).

Carbon is pieces of charcoal and as water passes over their surface impurities of all sorts (like nitrites) are removed.

Activated charcoal is manufactured to process impurities at a greater rate. Eventually, both carbons and ammonia removers become saturated and at this point will not absorb any further impurities.

Carbon should be replaced and the used supply discarded. Ammonia removers may be recycled for another use or two by placing the medium in a dense solution of saltwater (about 1/4 cut to 1 quart water) for 24 hours. Wash and allow to dry and its ready for another use.

Acting in concert with the filtering media, there is the factor of a biological filter being established. Bacteria within the aquarium evolve in the gravel bed, rockwork and filter media.

The type of bacteria an aquarist wishes to promote would be the nitrifying bacteria (THE GOOD BACTERIA). These bacteria are divided into the nitrosoma sp. which oxidizes ammonia (NH2O) and similar compounds to less toxic nitrites (NO2) and the nitrobacter sp. which breaks down the nitrites through oxidation into less toxic nitrates (NO3)

The other bacteria (which the aquarist should avoid) is the anaerobic bacteria, THE BAD BACTERIA.

The anaerobic bacteria can only survive in the absence of oxygen (not unlike botula sp. bacteria, which forms the deadly botulism syndrome in canned goods).

Gravel that is packed too tight or not loosened regularly, dead spots under heavy stones or like factors promote anaerobic bacteria. The results of these bad bacteria would be hydrogen sulfide gases, simple cyanide compounds and other toxins released into the aquarium.

An easy way to help eliminate these bacteria and as another good source of filtration is the use of an UNDERGRAVEL FILTER. It is a very simple system that utilizes the principles of aerobic bacteria and a bubble or box filter.

The filter is a plate, or series of interconnecting plates, that extends the length and width of the tank. It is raised about 1/4 inch above the tank floor by means of tabs. Holes are precut on both ends (some models also have center cut holes) in order for tubes with airstones to be inserted.