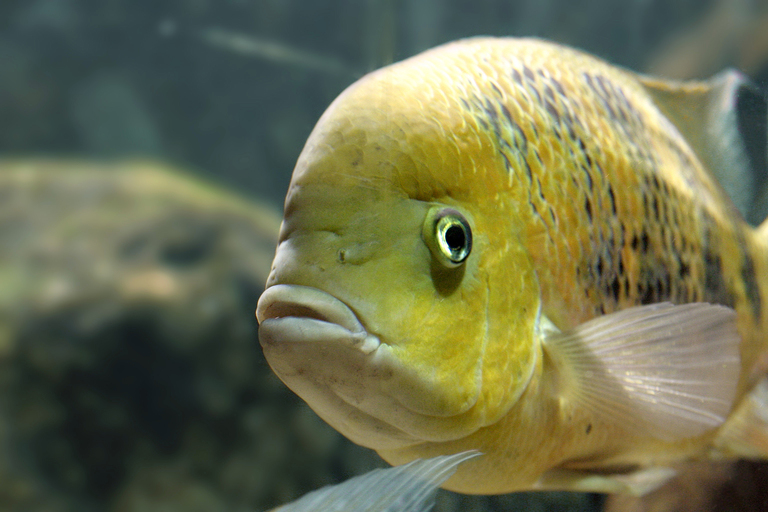 One of the biggest battles I’ve had with my saltwater aquarium has been with saltwater ich.

About 6 weeks ago or so I brought home a yellow tang that within a few days contracted Ich and infected my other fish as well. Two Percula clowns, a Sailfin tang, a Dragonet, and the yellow tang all died a few days later.

What is Saltwater Ich?

Saltwater Ich, more correctly named Cryptocaryon irritansis, is a highly contagious parasitic infestation. The lifecyle of Ich consists of 3 stages. Cysts reside at the bottom of the tank and are always present in any aquarium. The cyst performs cell divisions and creates hundreds of new cells called tomites.

The cysts rupture at varying intervals and the tomites go out into the tank water in search of new hosts. Once an infectable host is found, the tomite burrows into the host body and grows into a mature parasite called a trophozoite.

Trophozoites form postulates in the skin in order to feed. These postulates are seen as salt like granules on the fishes body. These postules then rupture and the trophozoites fall to the bottom of the tank and form cysts starting the process all over again.

Fish seldom die from the parasitic infection itself, but due to secondary infections. More advanced (and rare) cases can cause death when the parasite attaches itself to the fishes gills, causing interference in the oxygen exchange process and death.

The most visible symptom is the salt-granule-like white spots on the body and fins of the fish. Other symptoms include the fish rubbing on rocks, corals and other tank decorations, loss of appetite, abnormal swimming behavior, and labored breathing.

What Causes of Saltwater Ich?

The saltwater Ich parasite is present is all saltwater aquariums, but seldom causes a problem as healthy fish in proper water conditions are naturally immune and able to avoid infection.

Fish become infected when stressed due to transport, other disease, or poor water conditions. Poor water conditions include: excess nutrients, nitrates, fluctuating pH, ammonia, low dissolved oxygen content. All of these lower the fishes immune systems making them more prone to an outbreak.

Ich commonly occurs in my tank when I introduce new fish from the local fish store. This is most likely due to the combination of the fish not being in the best health at the store and due to the stress introduced through transit and placing the fish in a new tank.

As a result, a small infection of Ich is quite common with new fish, and if just left alone will generally go away untreated as long as the fish is healthy, your other fish are healthy, they are all eating, and your tank has good water conditions.

I have noticed that yellow tangs tend to be more prone to Ich than other fish Ive had.

How Do I Treat ICH in my Fish Tank?

If the infection becomes heavy or begins to impact multiple fish, you will need to treat the tank and the fish. The best way to do this is highly debated and also depends on the type of tank you have: reef or fish only. In any case, if your temperature isn’t 80-82 degrees, go ahead and gradually raise it.

For reef tanks, you should be very careful with medications used, as many are harmful to your invertebrates. Only products that are clearly marked reef safe should be used. Also follow the directions EXACTLY as described. I’ve used ICH Attack with success in the past and would recommend it.

For fish-only tanks, a copper based product is usually the best form of treatment. Again, you need to clearly follow the instructions and perform water changes as recommended, as too much copper can and will kill your fish.

In tanks where high salinity isn’t a requirement, lowering the specific gravity to 1.0009 – 1.010 for a couple of weeks will kill off the ICK. This is not an option for most though, as their fish cannot tolerate specific gravities this low.

The best way to deal with saltwater Ich is to prevention. Prevention is done through maintaining good water conditions, feeding food with garlic (or feed garlic straight up), buying from a reputable local fish store, and freshwater dipping or quarantining new fish before placing them in the main tank.

Is Ich a common occurrence in your tank? What treatment and prevention methods have you been successful with?